How long have you been a captain on the Creole Queen? 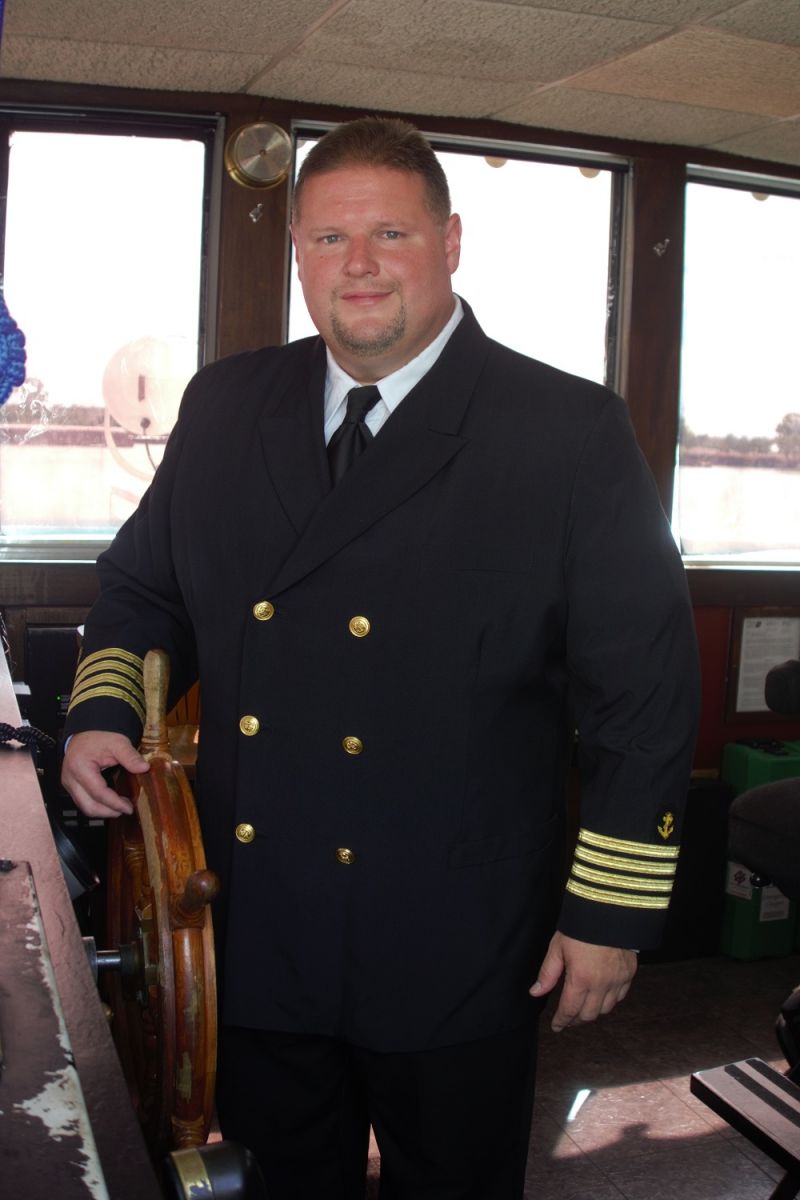 I’ve been with the company for 20 years, but started as the captain on the Creole in 2006 right after Katrina.

What lead you to being a captain on the Creole Queen?

Started in 1994 working on the cruise ships and then was asked to come work here full time. I started on the docks and then worked my way up.

Did you always want to be a riverboat captain?

I wanted to be a professional baseball player but that didn’t work out for me too well. But I was always on the water, from fishing with my dad as a child to living in Louisiana.

What’s the best part about being a captain on the Creole Queen?

The people. Meeting different personalities and interacting with them and finding out where they’re from.

What’s the best part about the battlefield cruise and the dinner jazz cruise?

My favorite part about the dinner jazz cruise would be the city skyline coming back up. For the battlefield cruise, it would be seeing the Cathedral going down.

What’s the wildest thing you’ve seen in the river on a cruise?

Some of the wildlife – we’ve even seen alligators swimming in this area.

Do you have a favorite memory from a Creole Queen cruise or event?

One of my favorites was going out to see the Papa Noel bonfires. We got to go up to Gramercy and see all the bonfires lighting the way for Papa Noel.

What’s your favorite landmark or site that you pass by on the Creole Queen?

What’s some of your most frequently asked questions from passengers and what are your answers to them?

(laughing) What state is that [pointing to Algiers Point]?

Where’s the best place to sit? Usually the left side – or port side – of the boat during the narration.

Food, music, culture, Southern hospitality. The Saints. And of course, the Creole Queen!