We are OPEN! Book now or click here to learn more about our COVID-19 Protocol.

Social Distancing Protocol
We are so happy to be back and cruisin’ down the Mighty Mississippi River! We are taking the COVID-19 situation very seriously and will actively monitor the updates from the CDC, City, State, and Federal governments accordingly. The health and …

7 Things to Know About the Total Solar Eclipse

This month, on August 21st 2017 the Big Easy will get a taste of its second total solar eclipse. In New Orleans, the eclipse will start around noon and end way past your lunch time. Good thing the Paddlewheeler Creole Queen will be offering lunch, great drinks, and NASA certified eclipse glasses on this once-in-a-lifetime eclipse cruise along the Mississippi River. Before you board here are seven things to know about one of nature’s biggest marvels. 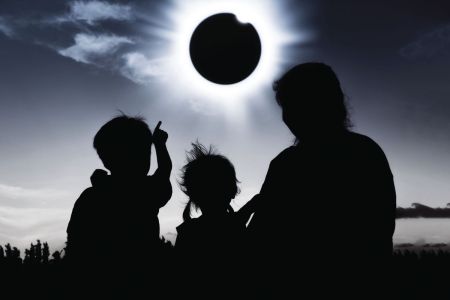 What is a Total Solar Eclipse?

During a total solar eclipse the moon aligns perfectly with the Sun’s disk, releasing an immense shadow that covers a great deal of the Earth. This year New Orleans is close enough to the eclipse magnitude to witness one of the world’s most fascinating facades.

To give you an idea of the rarity of the event, the United States’ first total solar eclipse was on June 8th 1918. The second was on February 26th 1979, but missed most of the south. However, during the annular eclipse of May 30th 1984, the moon launched its greatest shadow just North of New Orleans during clear and cloudless skies for almost 10 seconds. Reports noted that the temperature dropped six full degrees as the dogs howled and the trees’ leaves showed remnants of the Moon’s silhouette on the sidewalks. New Orleanians walking on those sidewalks observed the Earth’s biggest shadow in awe, wondering when will be the next time they get to witness another eclipse.

What Time Does the Eclipse Appear in New Orleans?

In New Orleans, the eclipse will begin at 11:57 am, with full view at 1:29pm, and ending at 2:57pm. The Creole Queen boards as soon as it begins and will cruise until 2:30pm. From the Mississippi river, you won’t have to worry about finding the perfect view. The open water will provide you with front row seats.

Phases of the Total Solar Eclipse

First, the Moon’s edge will touch the sun’s disk, an event known as first contact. As the eclipse deepens, you will enjoy a cool breeze while the sky changes into a darker hue. The Sun will reduce to a silver crescent, leaving you feeling like you’ve entered a dimly-lit room.

A few seconds before the eclipse the sky will cast shadows and the magnolias covering the Big Easy will close. While you’re watching on the Mississippi River from the Paddlewheeler Creole Queen you will witness wildlife trying to adjust to the shadow as the sun’s light dims.

The second contact will reveal a halo of thin white streaks before a brilliant pinkish-red layer, the Sun’s chromosphere. New Orleanians, try to take your eyes off the sky and enjoy nature as it enters into this eclipse. As the sun reappears it will look like a very thin crescent and as the eclipse recedes, the moon will part ways with the sun as if nothing ever happened.

When is the Next Total Solar Eclipse?

The next eclipse will not take place until April 8, 2024. You would have to wait about seven more years for the next total solar eclipse and it may not be as close as the eclipse appearing in a couple of weeks.

How to View the Eclipse Safely?

NASA encourages people viewing the eclipse to wear special protective glasses during the entire eclipse event. The Creole Queen will be providing free glasses with the purchase of a cruise ticket.

What to Eat During the Eclipse?

This question may seem silly, but just imagine feeling:

Fear as you realize you and all the animals are underneath the same wonderful shadow together,

Joy as you realize how beautiful the world is without actually seeing it,

Trust as you realize the sun got your back as it returns crescent by crescent,

And helpless as the southern heat returns and all you’ve had that morning in your excitement was half a bottle of water.

To be honest I’d forget to eat too. The Creole Queen will be serving a Creole lunch buffet, as well as a cash bar with $10 bottomless Bloody Marys and mimosas, for anyone who hasn’t eaten in all their excitement.

New Orleans will be ready this year like it was in 1984, waiting for the moon’s silhouette to show through the magnolia tree’s lemony-white flowers along and beyond the Mississippi river. Get tickets for the Paddlewheeler Creole Queen Eclipse cruise today through our website or call 504-529-4567 for more information.